How to prune a hydrangea

One of the UK’s most popular flowering plants, hydrangeas come in a variety of shapes and sizes. Easy-to-grow and relatively maintenance-free, most are grown in borders as medium-sized shrubs. But there are also compact varieties that are small enough for patio containers and those that grow into magnificent climbers.

The key to pruning your hydrangea is knowing which variety you have. Apart from the climbers, which are pruned in summer, most are pruned in early spring. But while the timing of annual pruning remains the same, the method is different depending on the type you grow. Here’s how to identify the best method for pruning the hydrangea that you have. Find all our best hydrangea resources in one place at our hydrangea hub page.

How do I know what type of hydrangea I have? 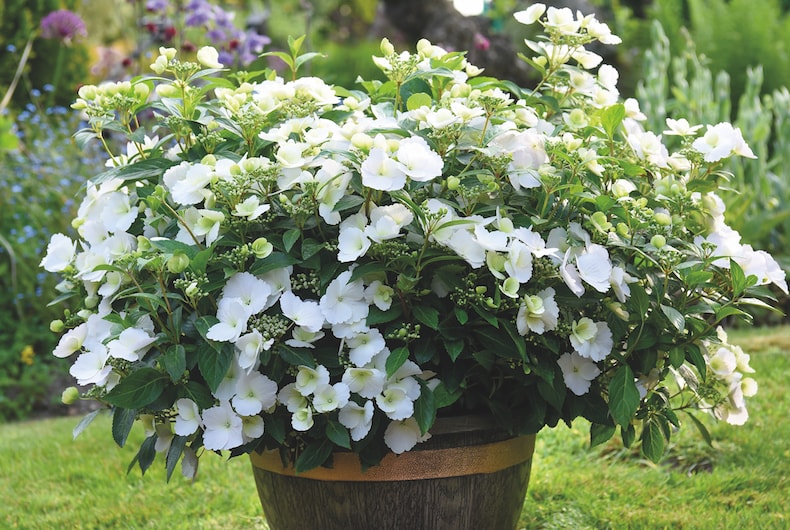 When it comes to pruning, the two main varieties of hydrangea are: those that produce blooms on the previous year’s growth (old wood); and those that produce flowers on new growth. Both types are best pruned in February-March, but the method is different for each.

Whichever type of hydrangea you have, regular pruning helps to maintain a good shape and rejuvenates the plant by encouraging plenty of new growth. And it’s this strong, new growth that ensures you have lots of large, healthy flowers to enjoy in the years to come.

Pruning hydrangeas that flower on the previous year's wood 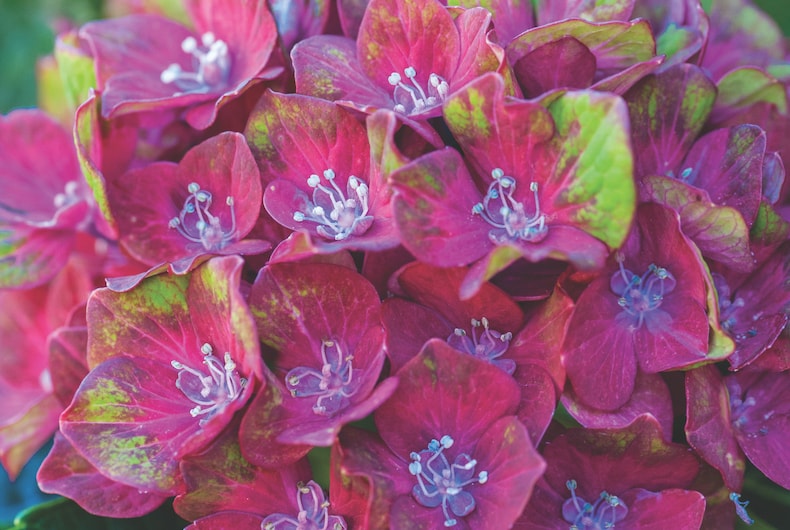 Hydrangea macrophylla cultivars, including the most popular mophead and lace-cap varieties, produce flowers on last year’s old wood. You can deadhead these (especially the hardy lacecap varieties) after they’ve flowered in the summer by cutting the stems back to the next pair of strong, healthy buds. However, it’s best to leave the faded blooms in place over the winter to protect tender new buds from frost damage. Most gardeners choose not to remove flower heads until spring, just to be sure.

For established plants, it’s good practice to remove any crossing, dead or weak stems, and to cut one or two of the oldest stems right back to the base each spring. These will then be replaced by strong new growth, continually rejuvenating the shrub over time.

Wondering how to tackle a neglected hydrangea? Most shrubs will tolerate a hard prune back to a low framework of stems in the spring, but doing this will mean that you won’t get any flowers that summer. 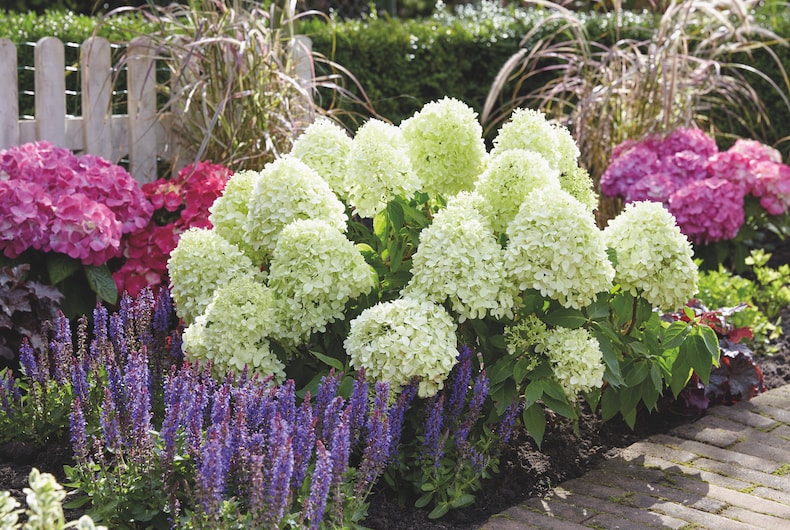 Hydrangeas that flower on new growth can be pruned hard in spring and still flower that year
Image: Hydrangea paniculata 'Little Spooky' from Thompson & Morgan

H.paniculata and H. arborescens flower on shoots made in the current season of growth. It’s best to prune these shrubs in February-March so that there’s plenty of time for the plant to grow strong, new, upright stems on which the large flowers will appear later that summer.

You can prune all of the old branches of these shrubs back to the lowest pair of healthy buds near ground level, creating a neat framework. If your shrub has been allowed to grow a main trunk for extra height, simply prune the old stems back to it.

If you don’t prune these hydrangeas, you’ll notice that your shrub begins to look like a tangled mass of stems and the flowers get progressively smaller each year. 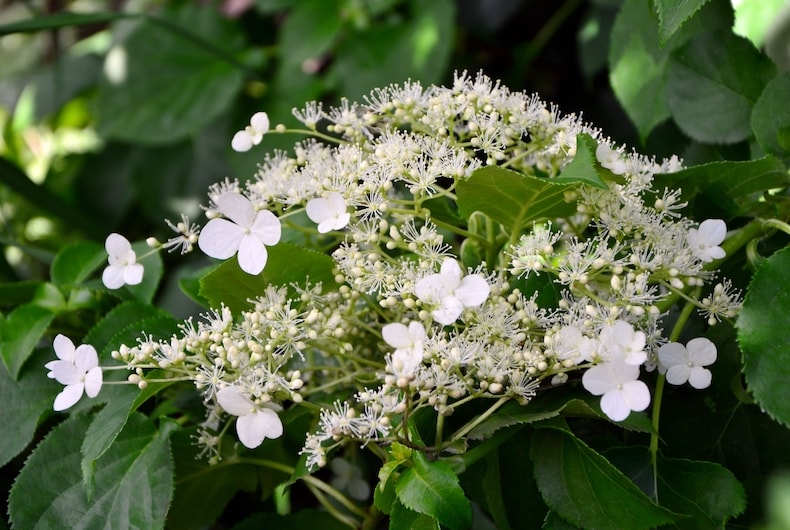 While most hydrangeas are pruned in early spring, climbing hydrangeas are the exception and should be pruned immediately after flowering in summer. Simply remove the faded flower heads, cut back any dead or straggly stems, and shorten any wayward shoots to contain them in their space.

If you need to give your climber a light trim earlier in the year, prune the top as lightly as possible. Most of the new flowers will appear towards the top of the plant and you don’t want to lose them. If you need to reduce the size of an established climbing hydrangea more dramatically, try to do it over the course of several summers so that flowering is not affected too much.

You should now have all the information you need to keep your hydrangeas in excellent shape and covered in bloom.