How to prune clematis

If you don’t prune your clematis, it’s likely to turn into a mass of tangled growth with flowers just at the top. And if you prune it at the wrong time, you might not get any flowers at all.

Pruning a clematis is very straightforward, providing you know when your clematis flowers. That’s because these popular garden plants fall into three basic pruning groups, based on when their flowers appear.

All new clematis plants should be pruned back to about 30cm in the first spring to encourage multiple strong stems. In subsequent years, prune your clematis according to which group it falls into. Here’s our easy pruning guide to help you get the most from your clematis.

When to prune group one clematis 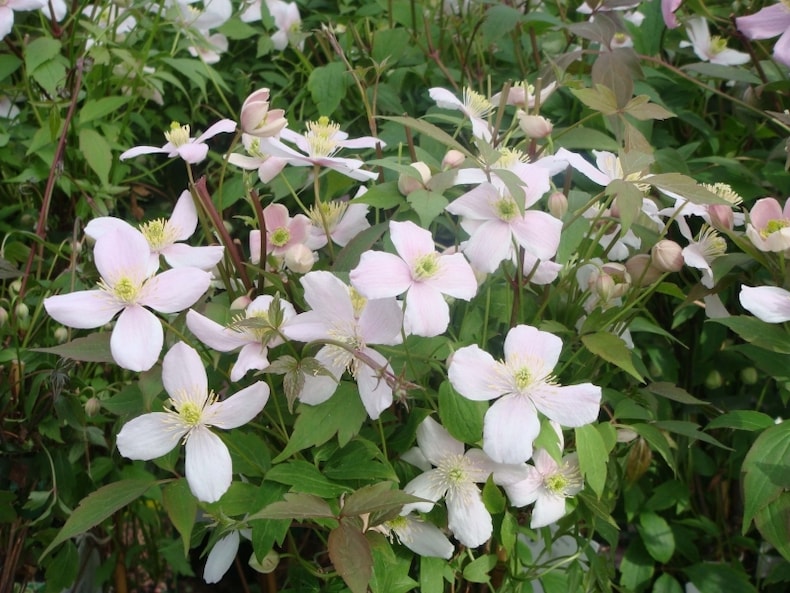 Prune group 1 clematis after flowering to keep them within their allotted space
Image: Clematis montana 'Rubens' from Thompson & Morgan

Group one clematis are the spring performers and include Clematis montana and C. alpina. Plants in this group should be pruned only when they are too big for their space.

They flower on wood made the previous season so it’s important to give them time to grow after pruning to ensure flowering the next year.

Wait until the last flowers have faded and then tidy them up by cutting back to a healthy set of buds. Use sharp secateurs or loppers to give a clean cut.

Old plants can be rejuvenated by cutting stems almost to the ground but this is best done only as a last resort and should not be repeated for at least three years.

When to prune group two clematis 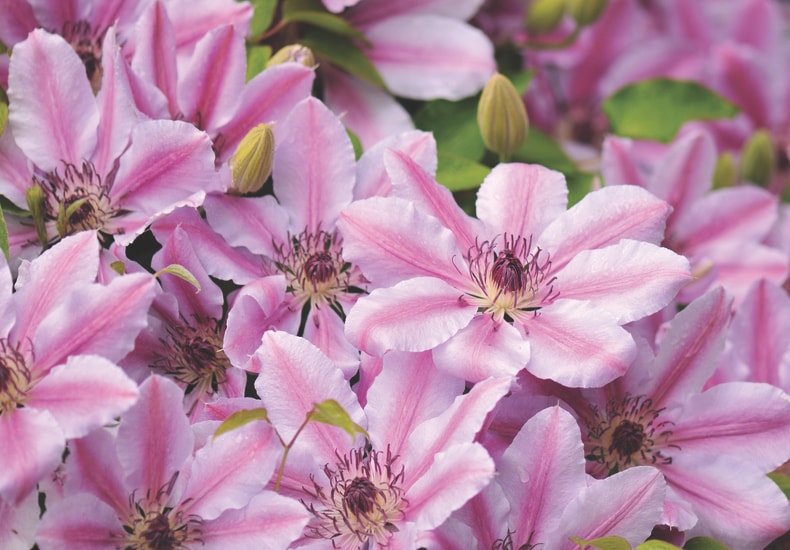 Group two clematis produce their first flowers before June and have a second flush later. Popular varieties in this group include ‘Nelly Moser’ and General Skkorski’.

They produce their first flowers on old wood so should be pruned lightly at the end of February or early March. Don’t prune them hard or you will lose the early flowering shoots.

Remove any dead or weak growth and cut any other stems to the top pair of strong buds, tracing down from the top of the stem.

This group has a second flush of flowers on this season’s wood, and should be pruned again after the first flowering to encourage new growth. Do this by shortening the stems under the spent flowers to a strong bud or shoot.

If older plants have become bare at the base, they can be cut back to about 30cm after the first flowering to encourage new, stronger growth. It means sacrificing the second flush of blooms, but it will rejuvenate the plant.

When to prune group three clematis 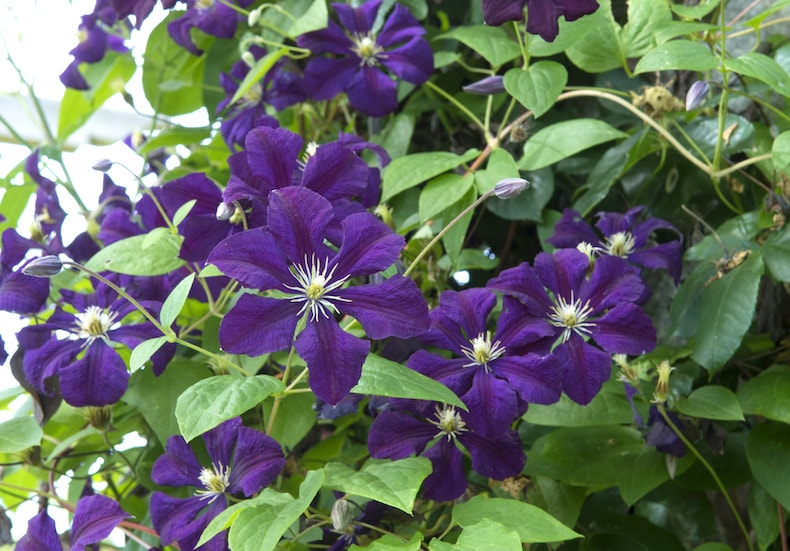 Group three clematis flower later in the summer, after mid-June, and include viticella varieties. They flower on new wood so last year’s growth should be removed in early March.

Maintenance couldn't be easier - simply cut your plant back to about 25-30cm above ground level each March, close to the lowest set of good buds.

Want a quick recap? Watch our short video guide to pruning a clematis