How to prune blueberries

There’s nothing quite like the tangy flavour of a fresh blueberry and the best way to ensure a good crop of large, plump fruit is effective pruning. It’s also essential if you’re growing blueberries in a container and want to keep your blueberry plants at a manageable size. Here’s our step-by-step guide to pruning a blueberry bush…

Check out our full range of blueberry plants for new varieties and traditional favourites.

When to prune a blueberry bush 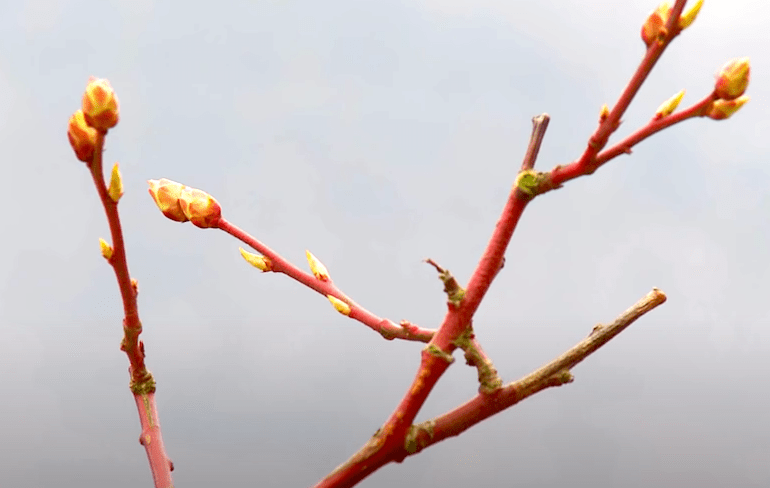 Fruiting buds are rounder than leaf buds so you can easily spot the stems with more fruit
Image: Thompson & Morgan

Pruning is best carried out in February or early March when the plants are dormant. At that time of year, it’s easy to spot the fat buds that will produce fruit against the much smaller and thinner leaf buds. Take this into account when choosing what to cut and what to leave.

Blueberries grow on wood that's at least a year old, with harvests peaking on two-year-old stems before fading as the canes get older. Pruning should be used to slowly rejuvenate a plant by removing a proportion of the oldest branches every year. Stems that are more than four years old cease to bear much fruit, so pruning them out will encourage new growth. The more vigorous younger stems are easy to identify - they're a vibrant red colour as opposed to the grey "woodier" looking older stems. You’re aiming for a good balance of wood that’s between one and three years old. A mature bush should contain around one third young shoots, one third prime growth and a third older growth.

How to prune a blueberry bush 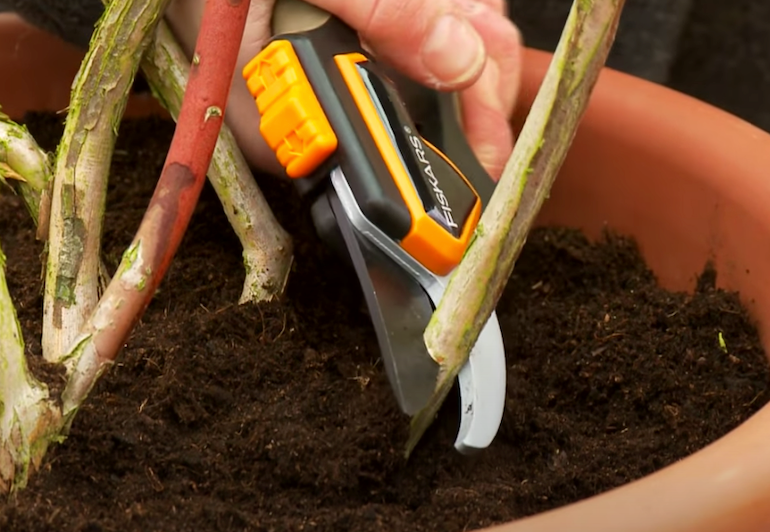 Cut back the oldest stems each year with clean secateurs
Image: Thompson & Morgan

Pruning your blueberry bush every year keeps it in good shape and continually rejuvenates the plant by encouraging it to produce healthy new growth. Watch our short video on how to prune a blueberry bush for a quick recap.