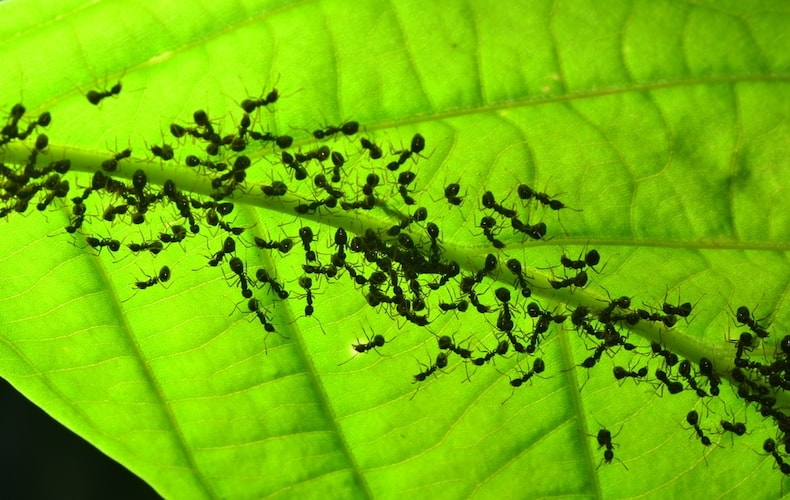 These tiny creatures can damage your garden
Image: Shutterstock

Ants are a common sight in most gardens. But apart from being a bit of a nuisance, do they actually harm plants and do you need to control their numbers in your garden? 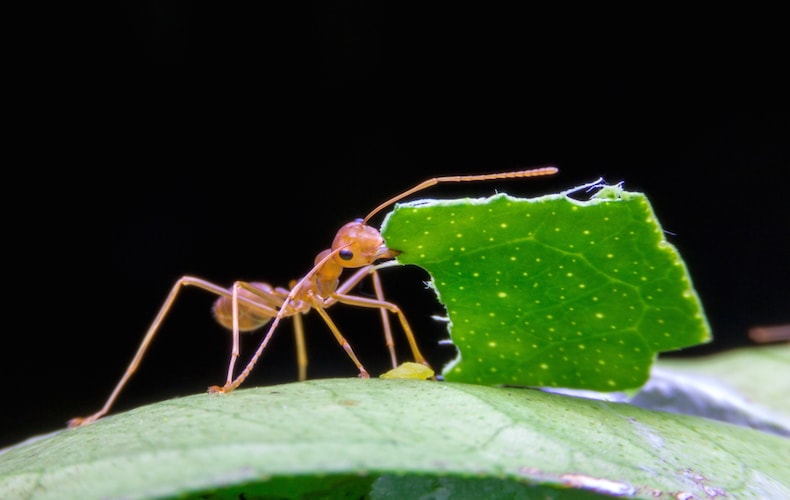 Get to know your common garden ant species
Image: Shutterstock

Ants are small insects that live in huge, organised groups numbering many hundreds - and sometimes even thousands.

They live in complex, tunnelled nests, which they construct underground.

There are over 30 different species of ant in the UK, including the familiar black garden ants, red ants (which can sting) and the smaller yellow meadow ants, which are rarely seen unless you disturb their nest.

How to recognise ant damage

Rather than damaging plants by feeding, ants can disturb plants as they dig their underground nests.

Here are some typical ways that ants can cause damage in your garden:

Which plants do ants eat?

Ants feed mainly on other insects and honeydew - a sweet liquid excreted by aphids and other sap-eating insects. So, while they don’t feed directly on plants, they encourage other insects that do.

How can I control ants? 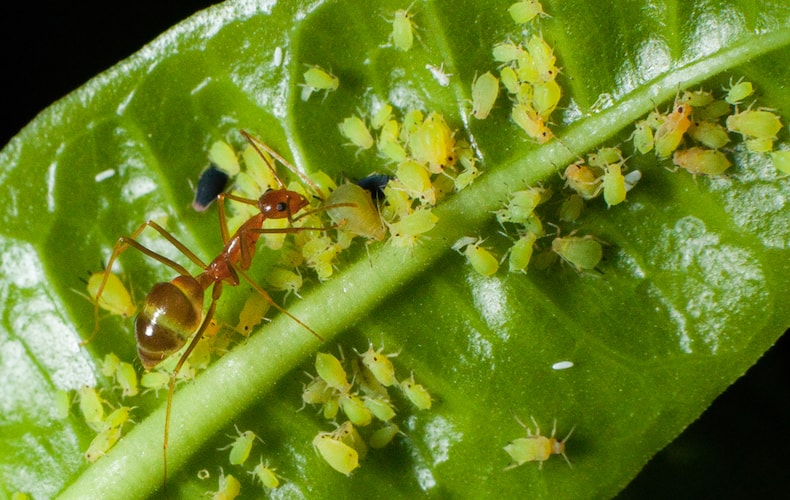 Ants and aphids are commonly found together
Image: Shutterstock

Ants are widespread and often best left alone. If they’re causing serious damage in your garden, here are some ways to control their numbers:

Brush ant hills from lawns - brush away any soil excavated by ants on a dry day before mowing to prevent earth being spread across the lawn by your lawnmower.

Water well - ants prefer dry conditions so frequently watering plants and lawns can encourage them to move on.

Keep aphids under control - Ants feed on the honeydew made by aphids, so keeping aphid numbers under control will reduce the number of ants in your garden. Encourage natural predators - like ladybirds - into your garden. And squirt aphids with soapy water whenever you see them.

Apply greasebands - applying greasebands or fruit tree grease around the base of containers and trees can help discourage ants from crawling upwards.

Introduce ant nematodes - there is a pathogenic nematode, Steinernema feltiae, which can be used to treat ant nests.

Be wary of ant killer - chemical ant killers are available but they will only work if you apply them while also destroying the entire nest - which could extend a long way underground and cause major upheaval to your garden. Also, be aware that their main ingredient, permethrin, is highly toxic to fish and cats and a suspected carcinogen to humans.

How can I get rid of ants destroying my acers in my garden? 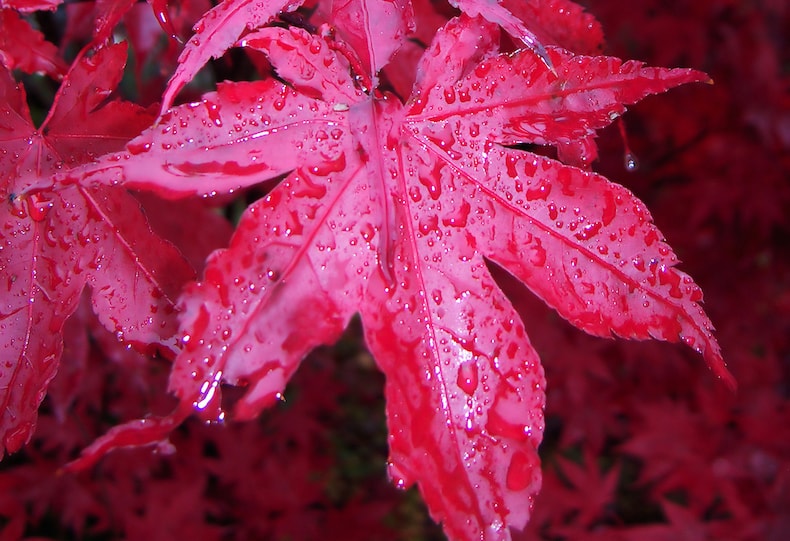 Ants may not be the cause of your acer's decline
Image: Acer palmatum 'Bloodgood' from Thompson & Morgan

Ants can be a bit of a nuisance in the garden but it is unlikely that they’re the cause of your Acer’s death. They’re generally quite helpful in the garden, as they feed on sap-sucking aphids and the honeydew that they produce. If you want to get rid of them, try applications of ant deterrent and watch to see where they move to. If you keep applying it wherever they move, then sooner or later they’ll find somewhere to live which will be less of an inconvenience to you.

How can I stop ants on my garden vegetables? 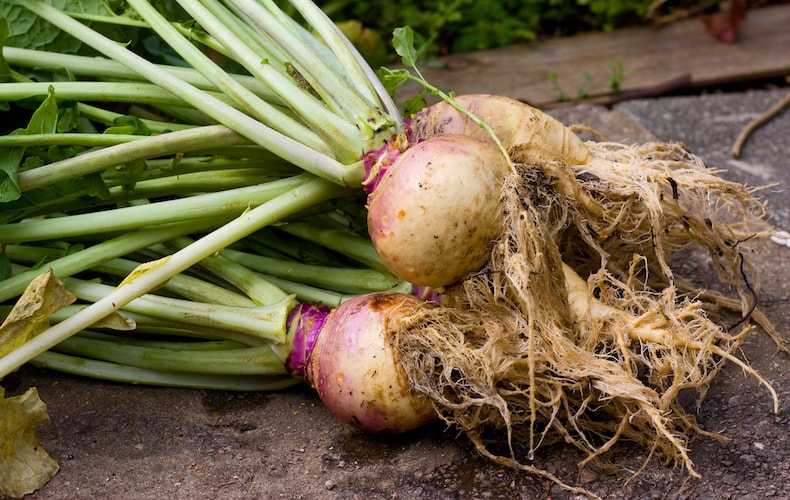 Encourage insect eating birds to your garden to feed off any ants
Image: Swede 'Tweed' from Thompson & Morgan

Ants are generally quite beneficial in the vegetable garden, as they feed on sap sucking aphids and the honeydew that they produce. If you want to keep the ant population down, encouraging insectivorous birds to your garden will help with this. Try to keep aphid infestations under control in your garden too, as aphids provide an excellent food source for ants - ants will even farm aphids in order to harvest the sugar-rich honeydew that they produce!

How do you get rid of ants in compost bins? 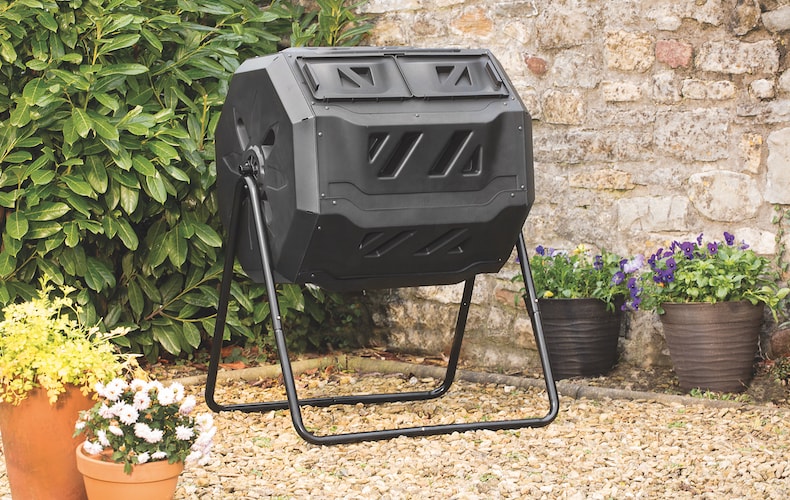 There are a few ways to try and solve this problem! Firstly, regularly disturb the compost bin contents, either by making use of a compost aerator or pushing a garden fork in and twisting. Ants avoid environments that are often disrupted, as they can’t maintain their nests there.

You could also try parasitic nematodes, which are a microscopic worm. These kill ants and deter them from nesting in treated areas. The nematodes are simply watered directly into the compost from late spring and are perfectly safe for children, pets, plants and wildlife.

Chemical ant powder is an option although you must be careful about using the compost after it has been treated - make sure you wear gloves and check the label for advice.

Why are there lots of ants on my peonies?

Ants do like peony flowers buds and flowers due to the sweet nectar found in and around these parts - they're a common sight at this time of year (June). The ants shouldn't do any harm and will disappear once the flowers have finished.

Why have I got ants all over the trunks of my apple trees? Will this be a problem for the fruit? 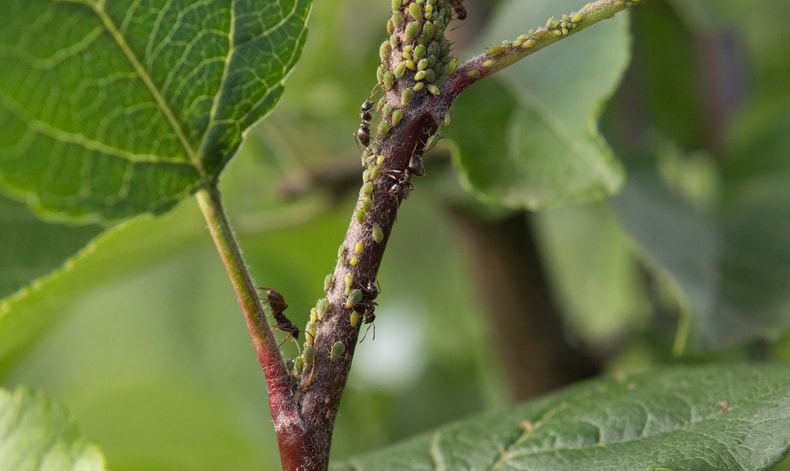 Finding ants amongst your apples indicates that aphids are nearby
Image: Shutterstock

Ants are usually an early warning signal for the presence of aphids, whose honeydew they love to eat. Ants themselves will do no harm to your apple tree, but as they feed on the honeydew, they can farm colonies of aphids in order to ensure a steady supply of their favourite treat.

If you inspect your tree it is likely that you will find evidence of aphids - just follow the trail of ants! These may be damaging to the tree if it is still quite young, but you can spray them with soapy water to get rid of them. Once the aphids have gone, then the ants will leave of their own accord.