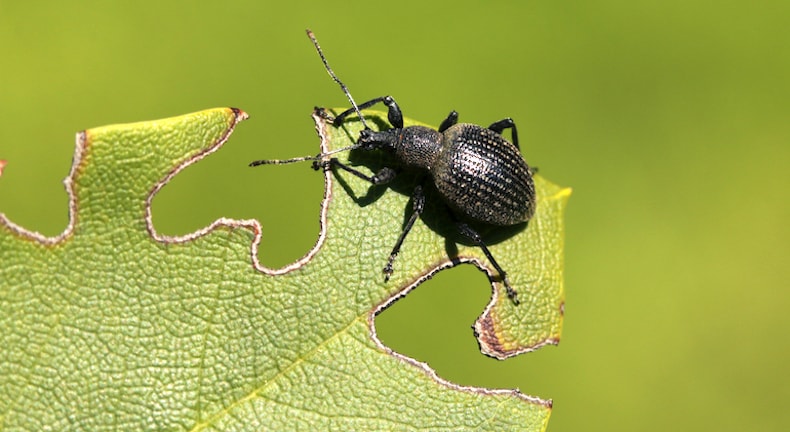 Vine weevils are known and loathed by gardeners around the country for their two-pronged attacks on both the foliage and the roots of a huge variety of plants, especially those in containers. Read on to find out how to control this garden pest.

What are vine weevils?

Vine weevils are destructive garden beetles that feed on plants during both stages of their life cycles. The adult weevils are active from spring to late summer, while the grubs feed from autumn to early spring.

The adults are black in colour with a yellow mark on their wings. They are usually around 9mm in length and the females can lay hundreds of eggs during the season. The grubs, meanwhile, are pale in colour with slightly brown heads and around 1cm in length.

How can I recognise vine weevil damage? 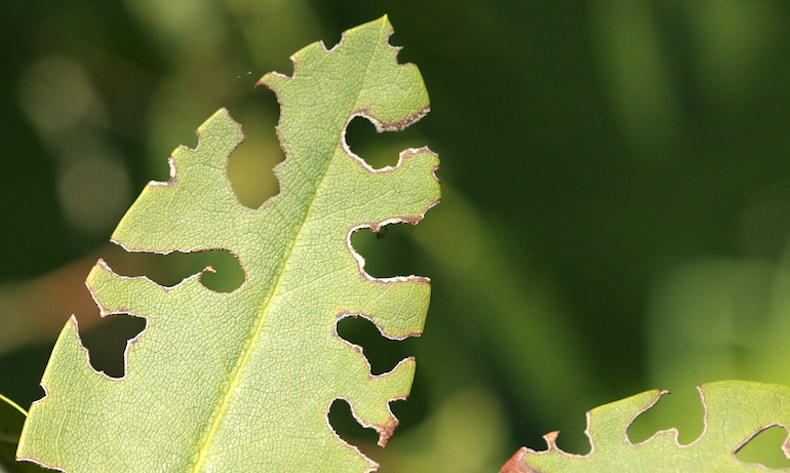 Adult vine weevils leave distinctive bite marks on foliage, with irregular-shaped notches along the leaf margins. These are particularly visible during the summer months while the adults are active.

However, the plants can usually withstand damage caused by the adult vine weevils. It’s unsightly, but it doesn’t usually result in plants losing vigour. It’s the grubs, which live underground and eat the roots, corns, and tubers, that cause more serious damage, including plant death.

What do vine weevils eat? 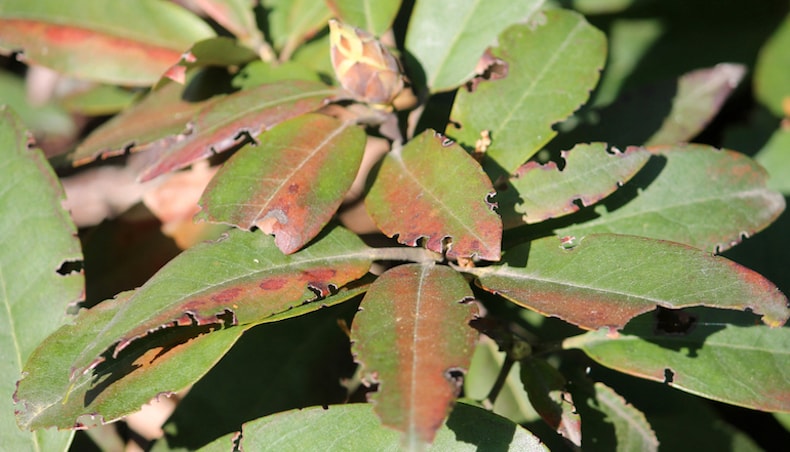 The leaves of this rhododendron bush has clear signs of vine weevil damage
Image: Kazakov Maksim/Shutterstock

Vine weevils eat a wide variety of fruits and ornamental plants, both indoors and outdoors, but they are particularly drawn to those grown in containers and those with succulent stems and leaves. In fact, there are few plants that are completely resistant to vine weevils.

Herbaceous plants and shrubs – such as rhododendrons, hydrangeas, evergreen euonymus, and bergenia – are also particularly attractive to the adult beetles, which feed on the foliage.

Even though plants in open ground are slightly less likely to be attacked by this pest, you may nevertheless still encounter infestations, especially for plants like strawberries, young yew plants, primula, polyanthus, and more.

How can I control vine weevils? 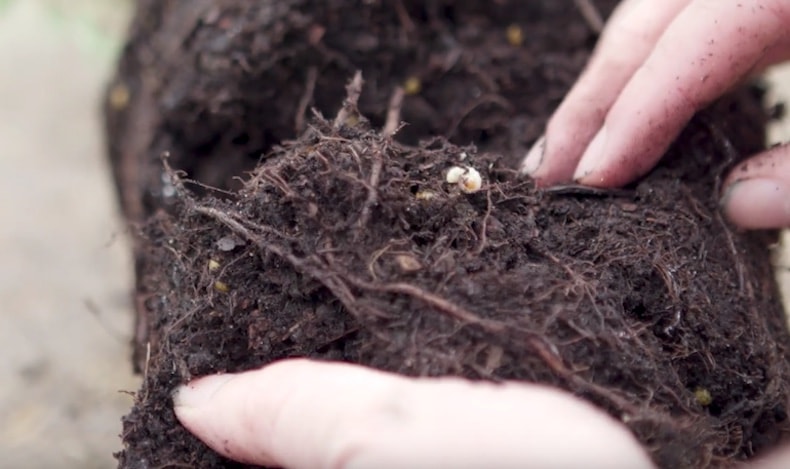 The grubs of vine weevils live in the roots of plants
Image: AHDB Horticulture TV

Vine weevils are destructive, but there are several measures you can take to control their numbers and limit their impact on your garden. But whichever solution you choose, you’ll need to stay vigilant to make sure that their numbers don’t have a chance to recover.

Plants with fragrant leaves seem to be less frequently attacked by adult weevils. Plant Lavender, Lemon Balm, Geranium macrorrhizum, and Mint. They also seem less attracted to furry leaves such as those of Stachys byzantina.