How to grow lavender 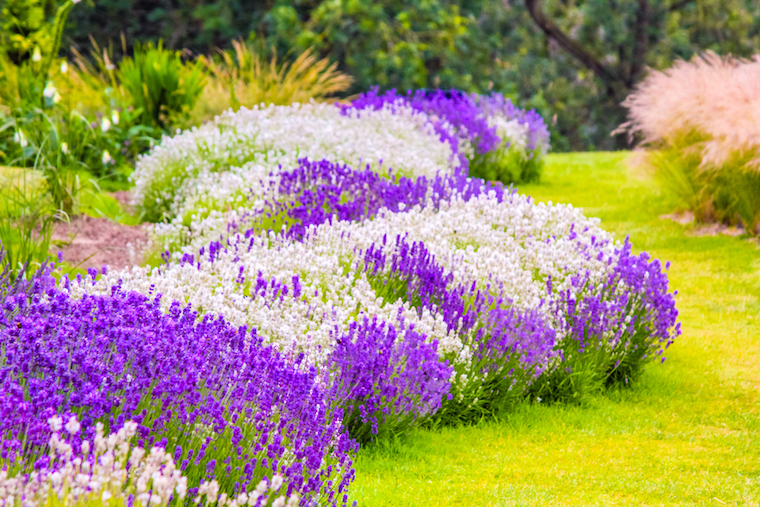 Despite Mediterranean origins, this irresistible herb is a stalwart of the English cottage garden
Image: Julietphotography/Shutterstock

Lavender plants are easy to grow, but it's worth knowing a little about them to get the best displays and prevent them becoming thin and straggly. And while you're picking up tips on how to grow lavender from seed, take a look at our full range of evergreen lavender plants to suit all types of garden 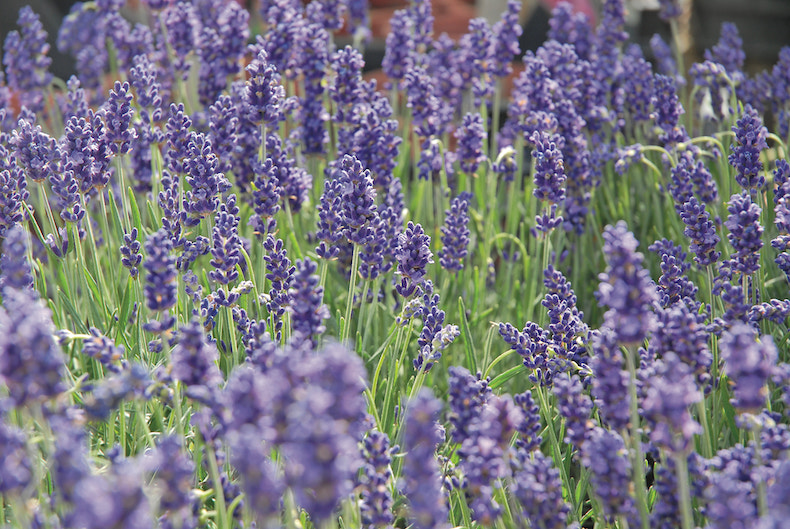 There are many species of lavender with countless varieties, from the traditional purple-flowered plants through to those with white blooms and dwarf cultivars. The most commonly available varieties can generally be broken into 3 main groups: English Lavender, French Lavender and Lavandin hybrids.

French Lavender (Lavandula stoechas) is slightly less hardy than English but flowers from May to September if deadheaded. It can cope with short periods of cold weather (-5 to -10 degrees celsius) and should be planted in sheltered borders, containers or path edges. A glorious cottage garden plant, the ornamental and nectar-rich flowers are carried on short stems. Popular varieties include 'Fathead' and the slightly more compact 'Bandera'.

Lavandin, or sterile hybrid lavenders, are more vigorous than common lavender but slightly less hardy. Flowers are borne on very long stems throughout July and August. Popular varieties include 'Heavenly Scent', a robust evergreen shrub that thrives in sunny borders and wildlife gardens.

How to grow lavender from seed 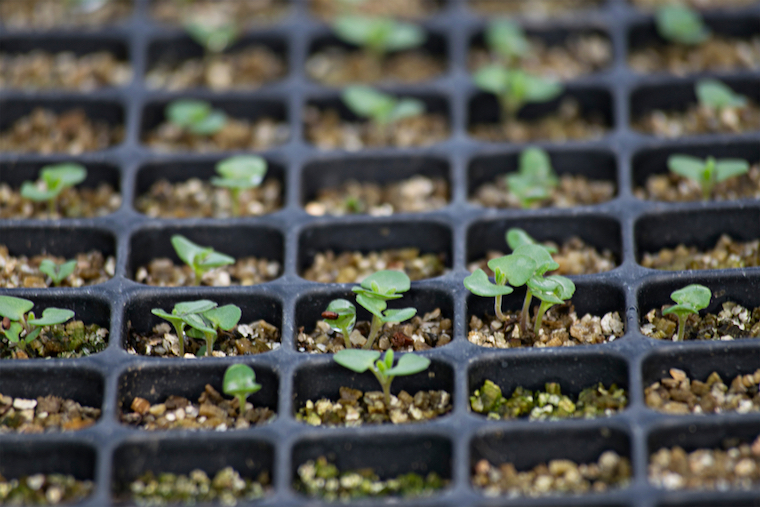 To create a long low hedge, it may be more cost effective to grow lavender from seed
Image: Ratda/Shutterstock

Sow lavender seeds from February to July on the surface of moist seed compost. Cover the seeds with a sprinkling of vermiculite or finely sieved compost.

Keep the compost damp but not wet and do not exclude light as this helps germination. When the seedlings are large enough to handle, transplant them into 7.5cm (3") pots and grow lavender plants on in cooler conditions until they are well established.

When all risk of frost has passed, gradually acclimatise young lavender plants to outdoor conditions over 7 - 10 days before planting outdoors.

How to care for lavender plants 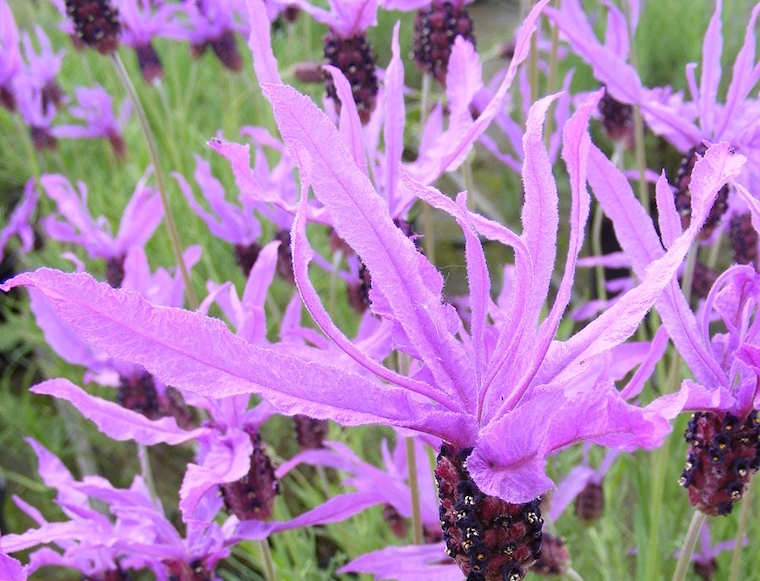 Given its Mediterranean origins it should come as no surprise that Lavender enjoys a free draining soil in full sun. Lavenders tolerate chalky soils well, and cope reasonably well with dry conditions once established. They make useful shrubs for coastal positions and hot, dry gravel gardens. You can even plant lavender as a low hedge for a lovely informal edging that will attract plenty of pollinating insects to the garden.

Avoid planting lavender in wet ground as this will cause the plants to rot. Heavy soil conditions can be improved with the addition of coarse grit or sharp sand prior to planting. Alternatively, grow lavender in containers, using a well drained soil-based compost such as John Innes No. 3. Mix in some slow release fertiliser prior to planting to get your plants off to the best start. Each lavender plant will need a container measuring at least 30cm (12") diameter.

After planting lavender it's important to water regularly during the first growing season until your plants are fully established. This is especially important during periods of hot, dry weather. Once established, lavender is reasonably drought tolerant.

How to prune lavender

Prune lavender plants at the end of every August to encourage growth and prolong their life
Image: Nic0_l/Shutterstock

Lavender plants need pruning each year to prevent them becoming sparse and woody. In late summer, after flowering, prune your plants back to within 2cm (1") of the previous year's growth. It's important to leave some of the current year's growth on each stem as lavender may not regrow from old wood. Neglected, woody plants are best replaced. 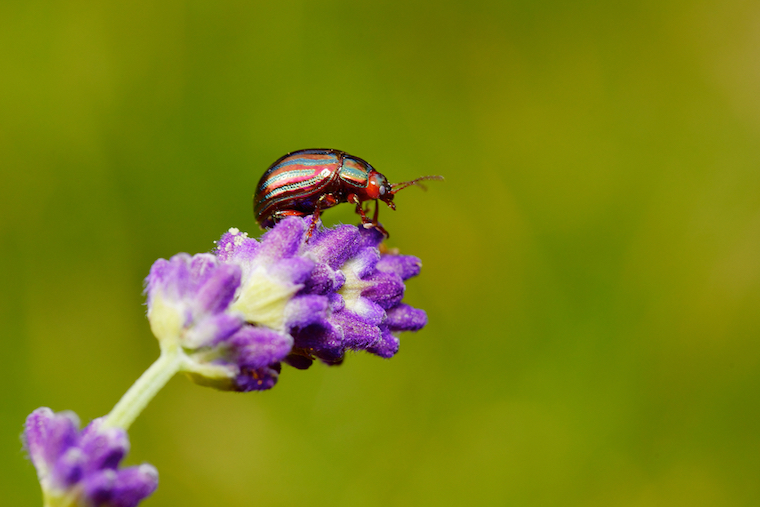 The Rosemary Beetle makes itself at home on a lavender flower
Image: Mark Bridger/Shutterstock

Lavender is easy to grow but does suffer from root rot when grown in wet conditions. This can be avoided by improving the soil prior to planting.

One of the major pests of lavender is the Rosemary Beetle. This shiny metallic looking beetle is quite striking in appearance, but will quickly decimate the foliage of your plant. Most of the damage occurs between late summer and spring, leaving plants looking distinctly tatty.

Rosemary Beetle is best controlled by removing the beetles and grubs by hand. Pesticides can be effective, but these should be avoided if you intend to use the lavender for making edible products. Avoid spraying when the plants are in flower as this will kill beneficial pollinating insects too.

Ways to use lavender 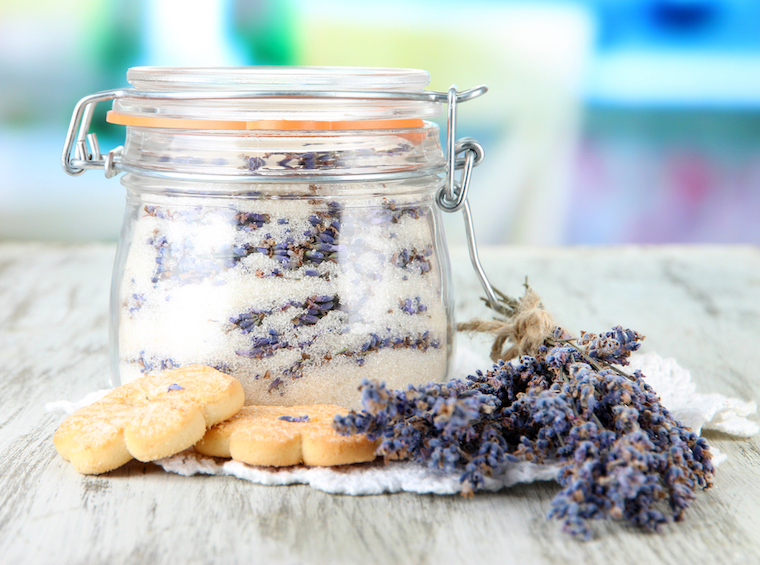 In the kitchen, lavender makes an interesting flavouring for cakes and other recipes. Try popping a few sprigs into a jar of sugar to add to biscuits, sorbets, jams or jellies. Add lavender flowers to vegetable stock and create a tasty sauce for duck, chicken or lamb dishes. If you're a keen beekeeper, lavender honey is relatively easy to make and adds a delicate flavour to bakes and marinades.

Lavender is well known for its relaxing properties and can be used to make home-made soaps, candles and bath oils that will help you unwind for a good night's sleep. Or simply cut a few stems to naturally fragrance your home rather than using chemical air fresheners or plug-ins.

Check out Thompson & Morgan's amazing array of lavender, including English, French and dwarf varieties. 100% satisfaction guaranteed or we give you your money back. Find more suggestions and advice about growing other perennial plants at our perennial hub page.