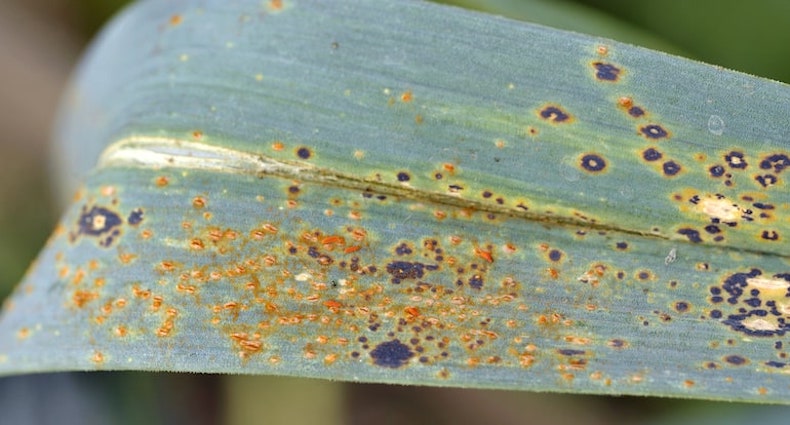 If you notice orange spots on your leeks, you've got a rust problem. This common fungal infection is best treated immediately or it will spread and eventually impact on plant vitality and crop yield. Fortunately leek rust doesn't affect the edibility or taste of your leeks, so even if you do spot an infection, the leeks themselves will still be delicious to eat. Here's how to deal with leek rust.

What is leek rust? 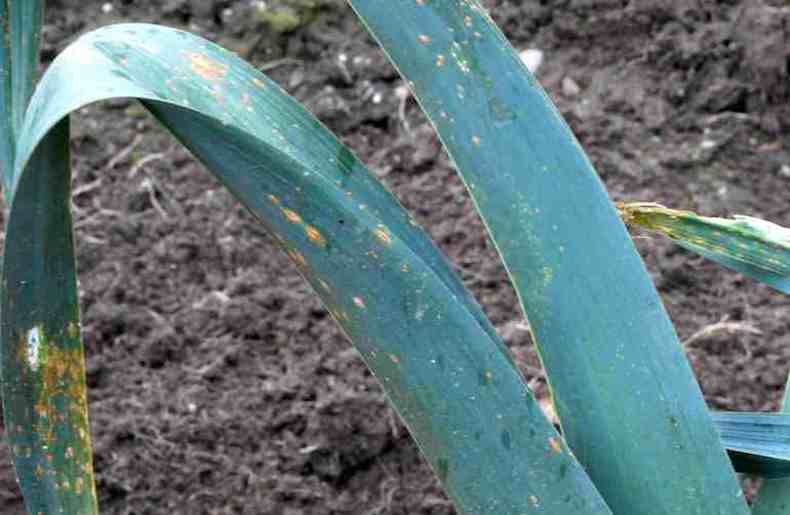 The symptoms of leek rust are very eye-catching
Image: The Biking Gardener

As the name suggests, leek rust is a fungus that looks like little orange rust spots and streaks. If the disease is allowed to persist unchecked, it spreads, gradually infecting more of the leaf, until the leaf itself turns brown and withers. Untreated disease also quickly spreads to other leaves and neighbouring plants - leek rust affects all alliums so if you notice it on your leeks, be sure to check your onions and shallots too.

How do I deal with rust on my leeks?

Treat a rust infection right away by removing all the damaged leaves and destroying them by burning or disposing of them with your household rubbish. Never compost diseased plant material because the spores survive decomposition ready to infect next year's crop.

How to prevent leek rust 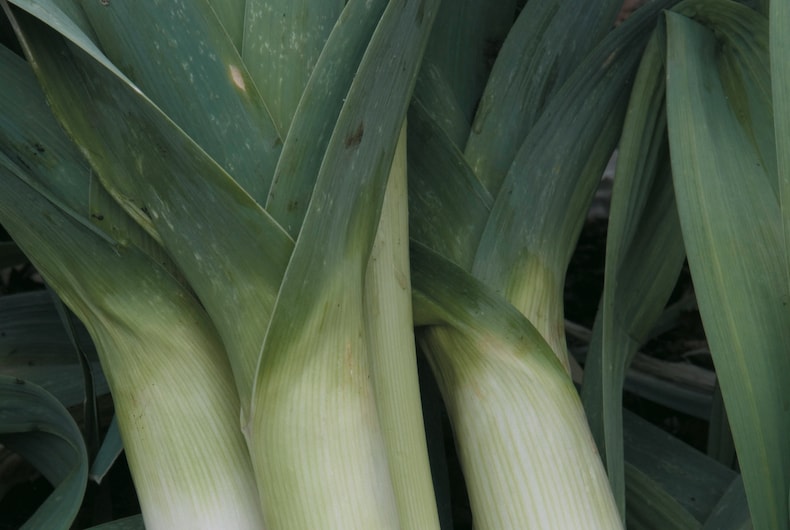 Leek rust is common, but like all fungi, it thrives in wet conditions. You can reduce the chances of an infection by working on your soil's drainage and by being sure to plant your leeks far enough apart so that there's plenty of room for the air to circulate as the plant grows, helping to prevent fungus establishing itself.

Also be careful to avoid over fertilising using nitrogen-based fertiliser because, like all fungi, leek rust thrives on lush leaf growth. Instead, go for potassium and/or potash-based fertilisers.

Rotate your crops regularly to prevent build up of leek rust spores in the soil, and consider planting some of the more rust-resistant varieties of leek like 'Autumn Giant' or 'Porbella'.

Prevent leek rust by providing optimal growing conditions, and if you do spot it, destroy affected leaves immediately. But remember - the leeks themselves are unaffected, so trim, chop, cook, and enjoy.