Join our Gardening Club to unlock exciting perks and discounts!

JUST £10 for one year's membership

‘Impossible’ Foxglove named Plant of the Year at RHS Chelsea 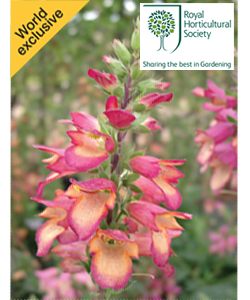 ‘Illumination Pink’ is a unique and innovative hybrid that according to botanists, shouldn’t even exist! Upon winning the award, Paul Hansord, Managing Director of Thompson & Morgan, said “This plant does everything that everyday foxgloves don’t; it’s reliably perennial, flowers for months on end and has colourings comparable to any exotic flower. This is the only foxglove of its kind and it will shape the foxgloves of the future”. The growing habit of ‘Illumination Pink’ is also very distinct; multi-branching and compact, plants grow to a height of just 75cm (30in), making them perfect for containers as well as borders.

Foxglove ‘Illumination Pink’ is the result of breeding that was considered to be impossible. The UK native foxglove, Digitalis purpurea, has an exotic-looking relative named Isoplexis, normally found in the Canary Islands. This latter genus was classified by botanists as separate from Digitalis, and as such traditional wisdom stated that the two would not make a successful cross. 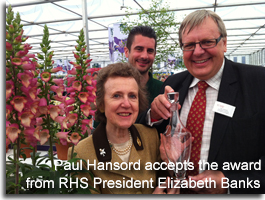 However Charles Valin, T&M;’s plant breeder, tried the cross in 2006 and was successful. The resulting intergeneric hybrid combines the purple shades of our native foxgloves with the warm orangey colours and jagged petals of Isoplexis.

Digitalis ‘Illumination Pink’ is sterile, so it doesn’t waste any energy in seed production and will continue blooming throughout the summer, often flowering from May through to November.