Have you ever seen a strange version of a plant or flower in your garden? A different colour or habit, or a double flower where previously it had been a single? Well you may well have witnessed a brand new strain/variety of flower or plant that’s never been seen before. Occasionally this occurs through natural pollination, as one of our customers, Miss Gage discovered. She spotted a compact primrose yellow foxglove with flowers all around the stem. After some work in our breeding station, we introduced Foxglove ‘Primrose Carousel’ back in 1999 and it’s been a huge success ever since.

Charles Valin, our T&M; Plant Breeder explains "Quite a few of our new varieties have been sent into us from customers, but we then have to test them out and if we think they’re viable, we then have to set about propagating them so that we can get them to market."

As one of the few UK seed companies to run a dedicated flower breeding programme, we specialise in unusual annual and perennial species. 2009 saw the introduction of T&M;’s successful Buddleja ‘Buzz™’. A world first dwarf, garden-friendly buddleja that won’t take over the garden, grows to half the size of the normal strain, but still produces a host of butterfly-attracting flowers. It’s now available in 'Ivory', 'Sky Blue' or 'Red'.

At our plant breeding site on the outskirts of Ipswich, Charles and his team breed approximately 2.5 million plants each year! These can often take 10 years to develop, so careful planning and anticipating demand, competition and trends are absolutely vital to the success of the breeding programme.

The plant that wasn't supposed to be, Digitalis 'Illumination Pink' is a cross between the UK native foxglove digitalis purpurea and its exotic-looking relative isoplexis. It was thought that the two could not be crossed, but Charles Valin proved everyone in the industry wrong and succeeded! This delightful new plant won the prestigious 'Plant of the Year 2012' award at the RHS Chelsea Flower Show and is proving to be a hit with Thompson & Morgan customers.

2011 sees the introduction of more varieties to come out of the breeding programme:- Echinacea ‘Magic Box’. One of the most comprehensive mixtures of colours available all specifically bred and selected by our plant breeder Charles Valin. Charles adds "We started on the echinacea programme back in 1998. Crosses were done between pink and yellow flowered species. The first generation look liked a failure as all the flowers were pink, but the second generation bore a whole array of new colours, from apricot to orange and red. The colours were stunning but we had to improve the plant habit so that it could survive the UK’s wet winters. This was achieved after years of ruthlessly selecting the best plants. Now ‘Magic Box’ contains new colours and flower shapes, many of which are strongly fragrant, they’re attractive to bees and butterflies and birds love the seed heads, it’s a stunning perennial which is a fabulous addition to the garden - giving a real prairie feel, and it’s great as a cut flower too".

The second exciting new addition is Verbascum ‘Blue Lagoon’. It actually came about as a result of trying to find a red verbascum! Charles was looking at a species native to Armenia and Turkey and had selected some of the deepest colours, one of which was a violet with a slight blue hue coming from it. He’d expected the offspring to simply produce more violet colours but one seedling was an amazing ‘Meconopsis’ Blue, a rare colour in flowers. Everyone agreed that this was a stunning plant and had to go into immediate production. The plant was sent to a tissue culture laboratory for micro propagation to ensure rapid and identical multiplication, it’s like making tiny cuttings in test tubes. In this case the blue petals were used as the start material to do the vitro initiation. This method has enabled us to offer customers plants in the 2011 Spring Plant Catalogue, only 2 years after discovering the first blue flower.

The breeding programme which brought our latest Hollyhock ‘Halo Mix’ was started in 1997 when some slight bicolour plants were spotted amongst an old fashioned single mixture. Each generation, the best bicolours were selected and plain coloured plants removed. This was a slow process and in 2005 Charles started manually crossing the best bicolours together or self pollinating plants to speed up the process of colour fixation. The main difficulty was keeping the bumblebees away! After years of hand pollinations under bags, we are now able to release separate colours and formula blends of 7 bicolours. The purity of each shade is exceptional, and ‘Halo’ Hollyhocks, with their painted light or dark eyes, look like exotic hibiscus. "Each separate colour is unique making the Halo series very versatile; it can brighten up a cottage garden border, give height and a tropical feel to containers or even be used indoors as cut flowers".


It just goes to show, it’s worth keeping your eyes open for anything unusual, as you may stumble across a new nation’s favourite! If you think you've found a new plant why not order our free 'Guide to Plant Breeding at Home' leaflet to find out what to do next. Alternatively, you can take a look at our Discovering New Plants and find out how you could receive £500 or more for your new plant discovery! 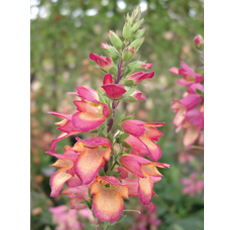 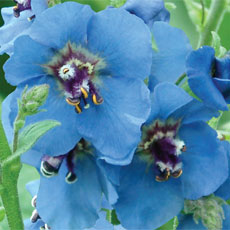 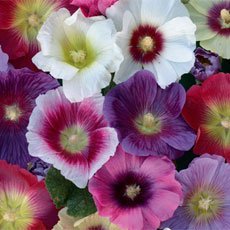 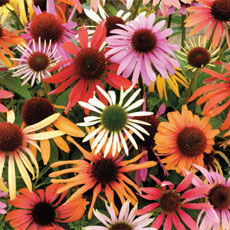