Sow melon seed in early spring in a heated propagator or greenhouse at a steady temperature of 70-75F (21-24C), setting each seed 0.5in (1.25cm) deep in a small pot of seed compost.

At the four-leaf stage the plants can be moved onto an open sunny site in southern districts or to a cool greenhouse, cold frame or cloches, allowing each plant 3 foot of space.

In the greenhouse, plant in a border soil enriched with well rotted compost or into 10in (8cm) pots or 3 per grow bag. Train up wires and pinch out the growing point when it reaches the roof. While growing upward the main stem will produce side shoots, let these develop 2-3 leaves and then pinch out their growing point also. These side shoots will also produce shoots (sublaterals) and these too should be allowed to produce 2-3 leaves before the growing point is pinched out. The female flowers grow best on these sublaterals.

Under cover it is advisable to hand pollinate the female flowers (those with a slight swelling behind the petals) by dusting them with pollen from male flowers which have no swelling at all. Melons must have plenty of moisture at all times along with regular feeding with a liquid fertiliser.

To grow bush varieties like Minnesota Midget and climbing types in frames, pinch out the growing point when it has 5 leaves. Pinch out the growing point of the side shoots when they have 3 leaves. Select 4 of the most vigorous shoots and train these to 4 corners of the frame, then remove all the other shoots. Under a cloche train two strong shoots in either direction along the cloche.

Outdoor melons need a fertile well drained soil which warms up early, and with plenty of well rotted compost dug in the previous autumn. They need a soil temperature of 70-75F (22-25C) and an air temperature of above 65F (18C) to flourish. Raise the plants as described, about 3-4 weeks before you intend to plant out and at this time cover the soil of the melon bed with plastic mulch to warm the soil, retain moisture, improve earliness and fruit quality. Plant in single rows, after all risk of frost has gone and the soil is warm, 20-36in (50-90cm) apart and 6-8ft (2-2.5m) between rows or other vegetables, pulling a little soil around the plant to keep it from touching the plastic mulch. Water well after planting until established and dig a shallow water tunnel either side of the row, each approximately 2.5ft (80cm) from the centre of the plant for watering purposes. When the plants have made 4 true leaves, cut off the growing point just above the 3rd true leaf. With vigorous plants a second pruning at the 8th leaf can be made. They should run along the ground and need no support. When the flowers appear, hand pollination will prevent mis-shapen fruits. Watering is most necessary just after the fruits set, at this stage water regularly and feed at 10-14 day intervals with liquid feed. Wait until the fruit is fully mature before harvesting. At this stage a small crack will appear near the stalk and it will have a rich fruity fragrance. Harvest with 0.5in (1cm) of stalk attached.

Place in subdued light and move to full light once the seedlings are up. Take precautions to avoid damping off. When large enough to handle, prick out into small pots or trays, grow on at 55-60F (13-15C) and give an occasional liquid feed. Pot up into 3in (7.5cm) pots and when well rooted, into their final containers.

Temptation is ideal for hanging baskets, grow bags and containers. Sown in October it should be in fruit by late May and in January by mid-July. 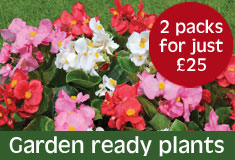 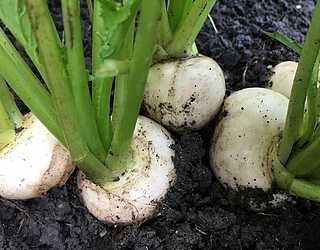 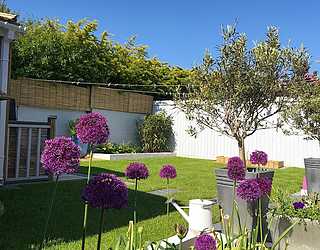 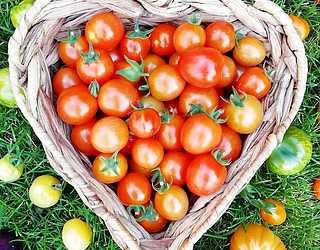