All seeds are divided into categories and these are shown in the catalogs and elsewhere by initials, such as HA, HP and so on. This is a shorthand way of describing a plant's growing characteristics. Here's a guide to what the initials mean:

These are flowers that complete their life cycle in one year. Sown in early spring, they will mature and bloom in summer, make seed if allowed to do so, then die away. Flowers in this group do not need to be raised indoors but can be sown direct into their flowering positions in the garden.

These also germinate, flower and die all in one year, but require a rather longer period of growth than the hardy annuals. To give them this early start they are sown in trays in early spring and given a warm, light position such as a propagator, sunny windowsill, conservatory or heated greenhouse.

Half-hardy means that the plants are frost-tender and must not be planted in their flowering positions outdoors until all danger of frost has passed. To prepare them for transplanting they are gradually hardened off (see Hardening Off).

Most of the popular summer bedding plants are in this category.

In this group of plants the seed is sown in spring or summer, the young plants are moved to their flowering position in autumn or early spring to flower about 12 months after sowing.

Sow the seed of this group of flowers in a propagator or heated greenhouse early in the year and the plants will flower in their first season. This applies to Gazania, Geraniums, Gerbera, Impatiens and Mimulus which are treated as half-hardy annuals and are discarded when they have finished flowering. Geraniums can, however, be lifted before the first frost of autumn and kept over the winter in a frost free place. Dahlias and other plants that produce tuberous roots should be lifted in late autumn and stored.

The beautiful border plants, delphiniums and lupins, are in this group and they go on flowering year after year. Sowing can be done as for hardy biennials, but many gardeners prefer to sow the seed in trays indoors in March or April. The young plants are set out in their flowering positions when large enough to handle to produce flowers in the autumn of the same year.

The other more specialised groupings that you will find in the Thompson & Morgan catalogue are: 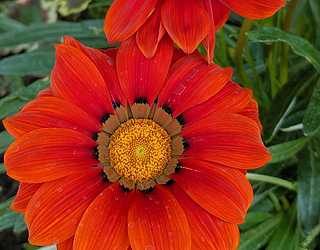 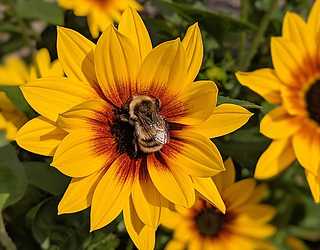 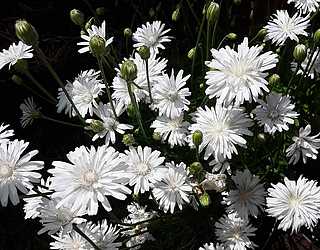